Join us tonight at our brand spankin’ new Back Cove location at 250 Read Street in Portland, as we start pouring the third annual release of Autohelm, a deliciously hoppy amber ale brewed by Rising Tide Brewing Company in collaboration with OTTO. 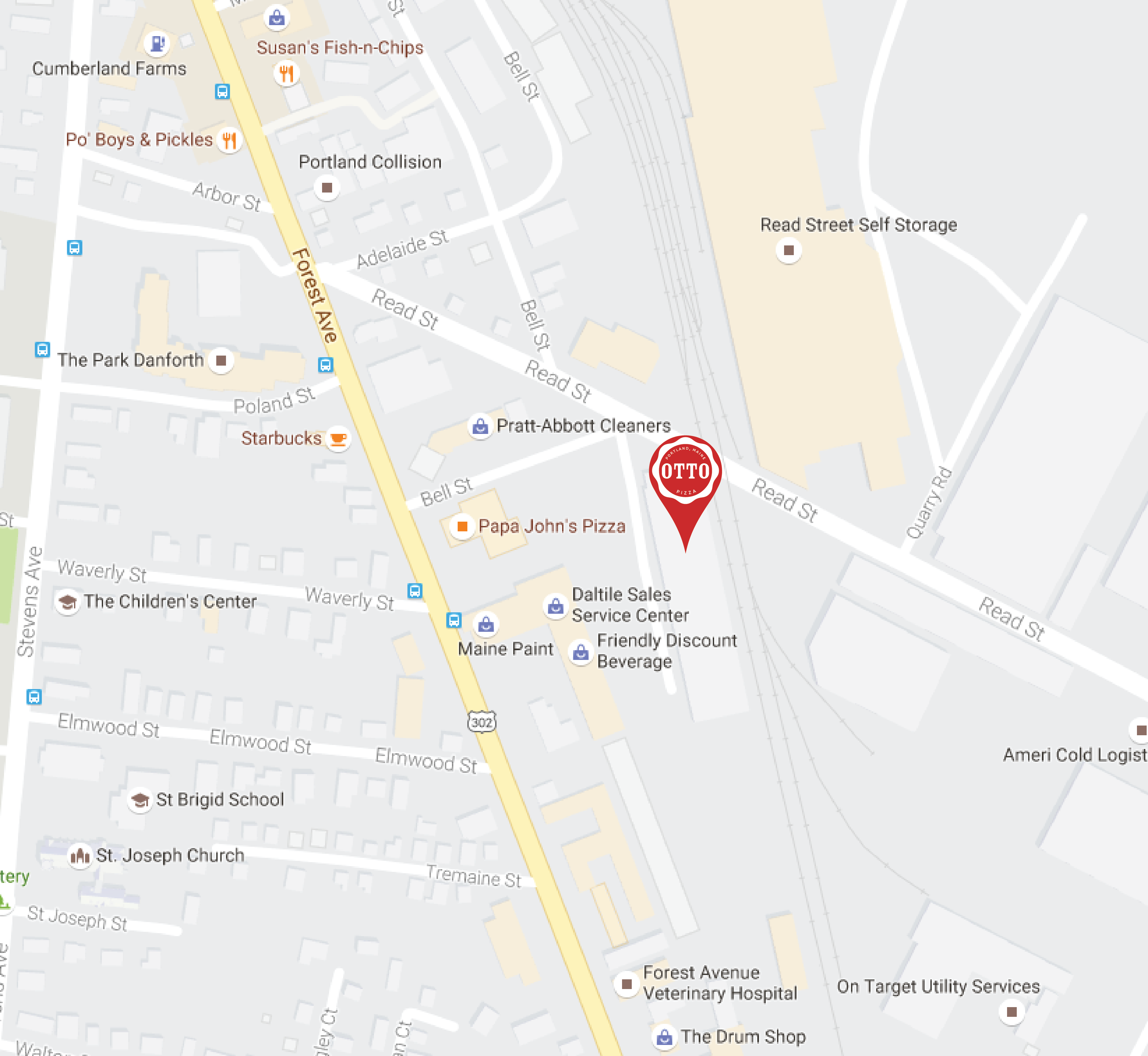 Our Autohelm release party is from 5-7pm today (Wednesday, Oct 12). Rising Tide and OTTO staff will be on hand to talk about the beer, and there will be schwag! Come check out our new digs while enjoying the first pours of this delicious winter beer.

If you haven’t had an opportunity to try Autohelm in the past, you won’t want to miss it this year.

The brew has 3.73 rating on social beer discovery service Untappd, eliciting some of the following responses:

Come on down, grab a few pies, and a few glasses of Autohelm — and be sure to let us know what you think.

We are pleased to announce the opening of our new Back Cove location at 250 Read Street in Portland.

Currently offering takeout and delivery, this spacious location — the largest OTTO in Portland — will begin full-service dining and bar service on Tuesday, October 11.

The new location is notable for several reasons:

Located just off of Forest Avenue, behind Pratt-Abbott, OTTO’s Read Street location is just a hop, skip, and a jump from Deering Center, Woodford’s Corner, Baxter Woods, UNE, and Riverside.

We look forward to serving you!

Everybody knows that pizza and beer go together like, well, pizza and beer. It’s a well-known fact that Portland, Maine has no shortage of either. 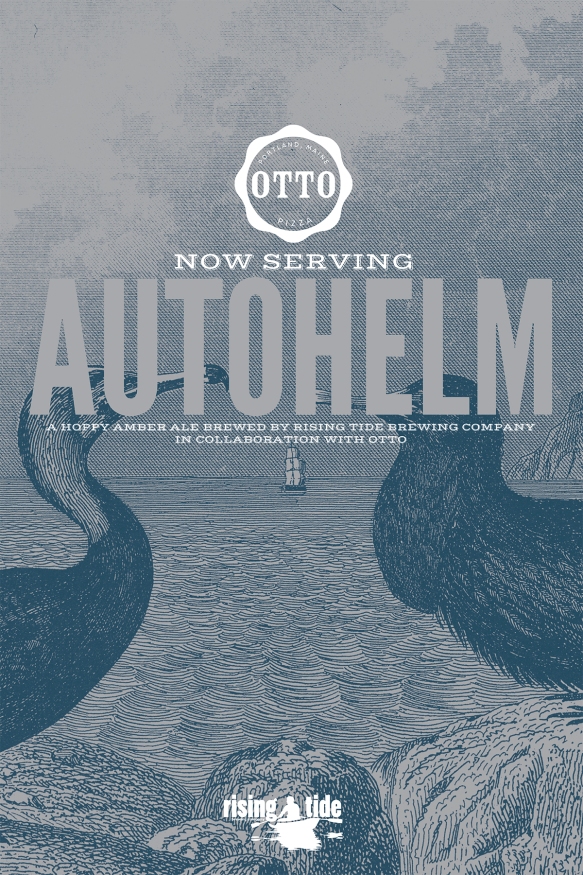 Rising Tide & OTTO: A match made in heaven

Starting December 10, in Maine, diners at OTTO will be able to pair their pie with Autohelm, a deliciously hoppy amber ale brewed by Rising Tide Brewing Company in collaboration with OTTO. By mid-December, OTTO diners in Massachusetts will be able to do the same.

This limited special collaboration will be available exclusively at OTTO.

Our neighbors at Rising Tide have been brewing beer about as long as we have been selling pizza. Both OTTO and Rising Tide have strikingly similar histories: Independent businesses launched by pairs of lifelong New Englanders with a passion for crafting artisanal provisions. Both pairs followed winding paths that led to their recent successes. Both, in just a handful of years, have become celebrated staples of the Portland food & drink scene. Both have recently cracked increasingly competitive markets out-of-state, while staying fiercely loyal to the home town. Both are also very committed to supporting local organizations and giving back to the communities in which they live and work.

While OTTO and Rising Tide have partnered on a number of occasions — road races, charity events, and other local initiatives — it wasn’t until fall of 2014 that the idea came up for an actual collaboration. It made complete sense. Soon the collaboration process began, and the brewing kicked off on November 12, with several OTTO team on site to assist.

Everyone at OTTO and Rising Tide looks forward to sharing the fruits of this exciting (and delicious) collaboration the public. The first keg will be tapped at a special kickoff event on Wednesday December 10 at our Munjoy Hill location (225 Congress Street, Portland). Rising Tide (and OTTO) brewers will be on the scene.

There will be swag.

Most importantly, there will be no shortage of delicious Portland-born pizza and beer.